We are pleased to announce the results of the fourth CCMC Student Research Contest: 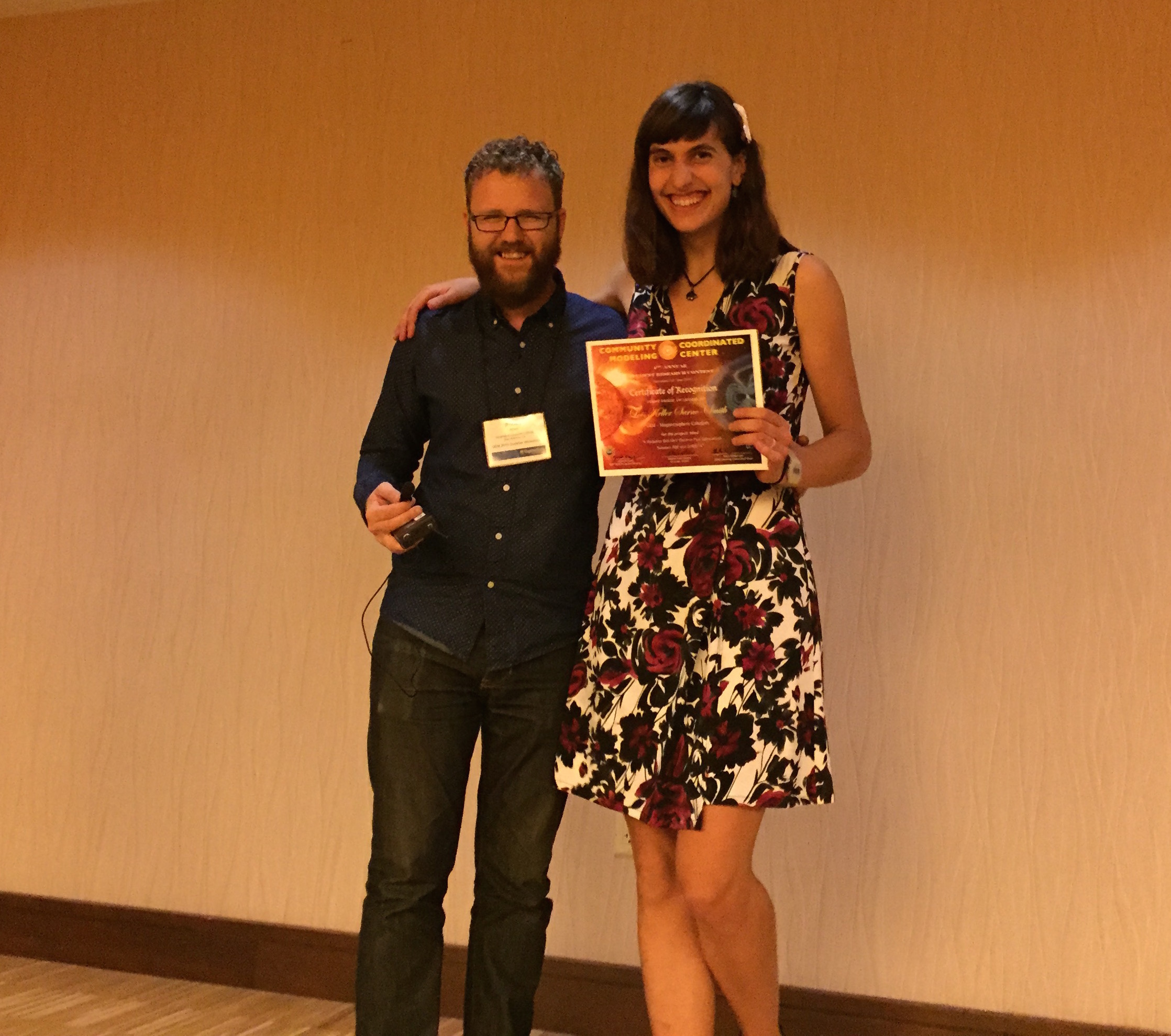 Lois is currently pursuing her PhD in Space Science at the University of Michigan, with an expected graduation date of 2017. She graduated from the University of Colorado at Boulder in 2012 with a degree in Physics. She started this project as part of a class project and her first modeling experience, and since has decided to incorporate the project into her research at Michigan. Her thesis topic is plasmaspheric data analysis from the Van Allen Probes under the guidance of Dr. Michael Liemohn. She enjoys using CCMC models because of the freedom and accessibility they provide and how they catalyze relationships between students and model developers. She plans to continue to use CCMC in her future work. 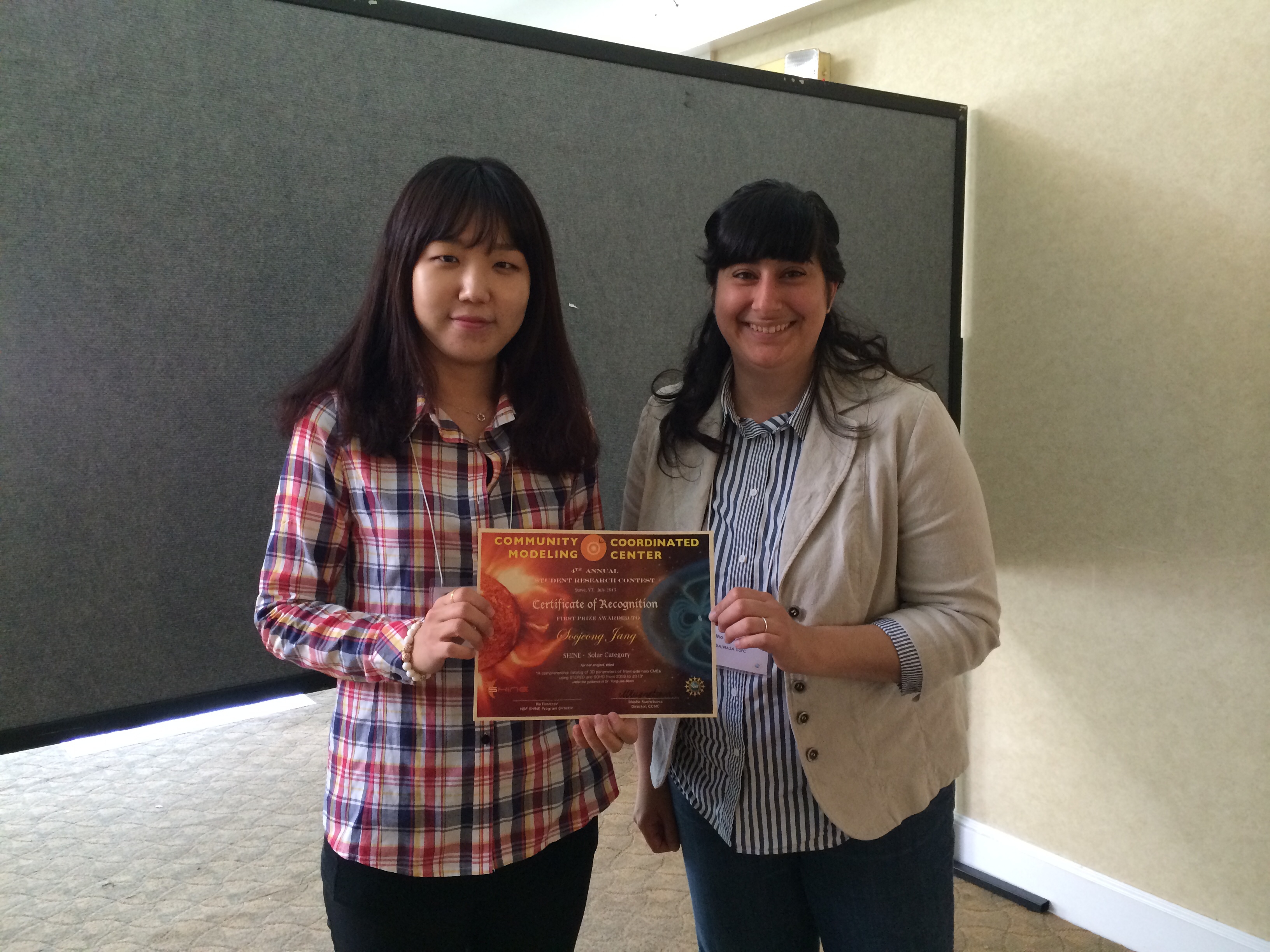 Soojeong Jang, "A comprehensive catalog of 3D parameters of front-side halo CMEs using STEREO and SOHO from 2009 to 2013"

Soojeong is a PhD student at Kyung Hee University in Korea. This research was completed as a part of her doctoral degree thesis project and prepared a paper. Her advisor is Yong-Jae Moon. Soojeong presented her research at the Solar Heliospheric, and Interplanetary Environment (SHINE) workshop in Stowe, VT June 2015 and at the Asia Oceania Geosciences Society (AOGS) meeting in Singapore in August 2015. Soojeong is currently a research assistant with at the Korean Astronomy and Space Science Institute (KASI).

Thanks to all of our students and their mentors! Stay tuned for the 2016 Contest Announcement!

Link to the 2015 Contest Announcement: http://ccmc.gsfc.nasa.gov/support/contest-2015