We are pleased to announce the results of the third CCMC Student Research Contest: 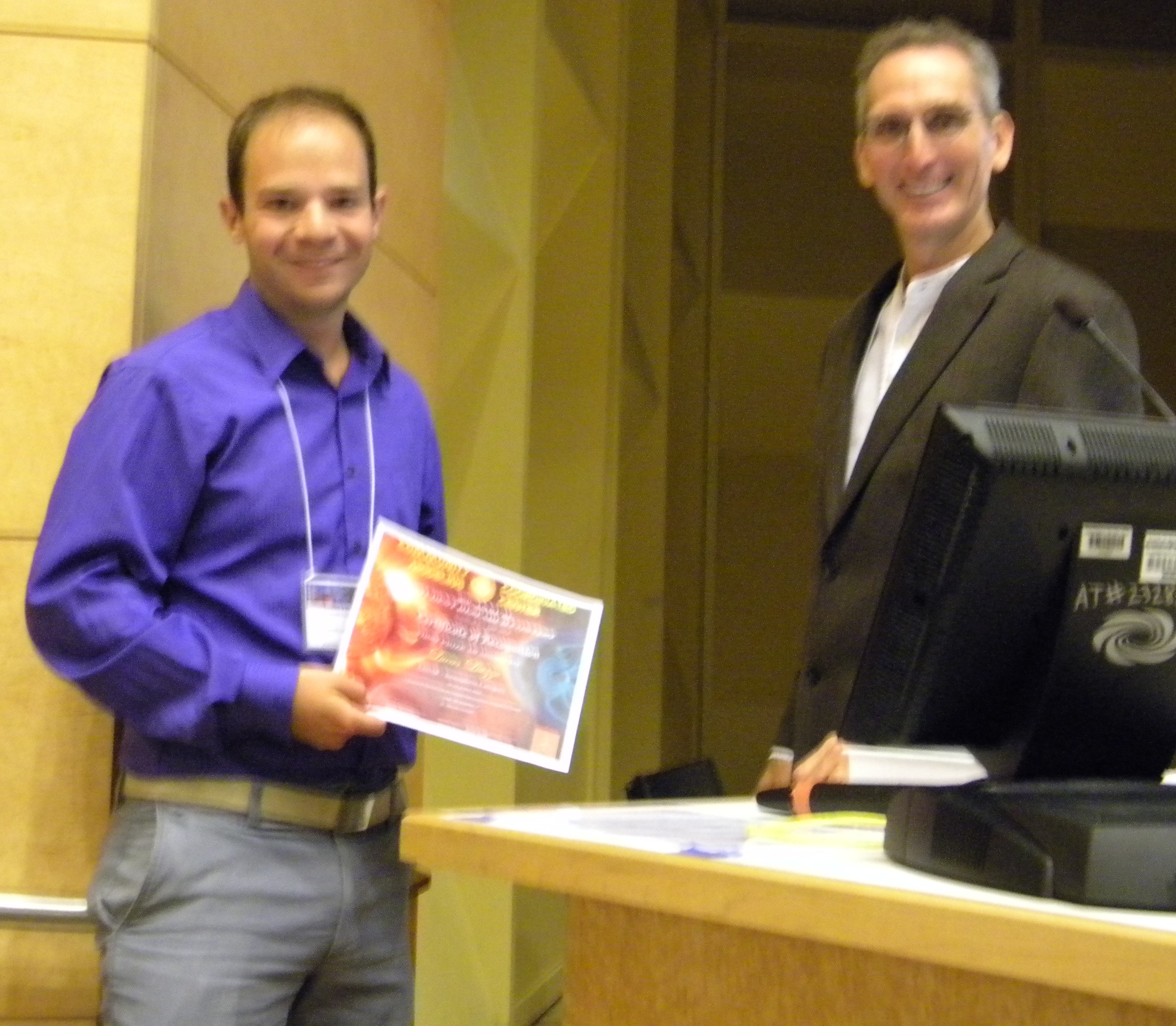 Lucas graduated from the University of Michigan with his Bachelor's of Science and Engineering in May 2014. He completed this research as a class project under the supervision of Dr. Michael Liemohn, and presented his research at the 2014 CEDAR conference in Seattle, Washington. He is currently using coupled thermosphere-ionosphere models to actively research the interaction of high-latitude neutral and ion constituents with Dr. Aaron Ridley. Lucas will attend the Georgia Institute of Technology in pursuit of his PhD beginning in the fall.

Marc received his Bachelor's of Arts in Astronomy & Physics at Boston University in 2013. He is currently at the Harvard-Smithsonian Center for Astrophysics, working with Dr. Bradford Wargelin on studying the solar wind charge exchange. Starting in Fall of 2014, Marc will return to Boston University to begin graduate school in hopes of receiving a PhD in Astronomy. Marc presented the work he conducted with Dr. Wargelin at the 2014 Geospace Environment Modeling (GEM) workshop in Portsmouth, VA. 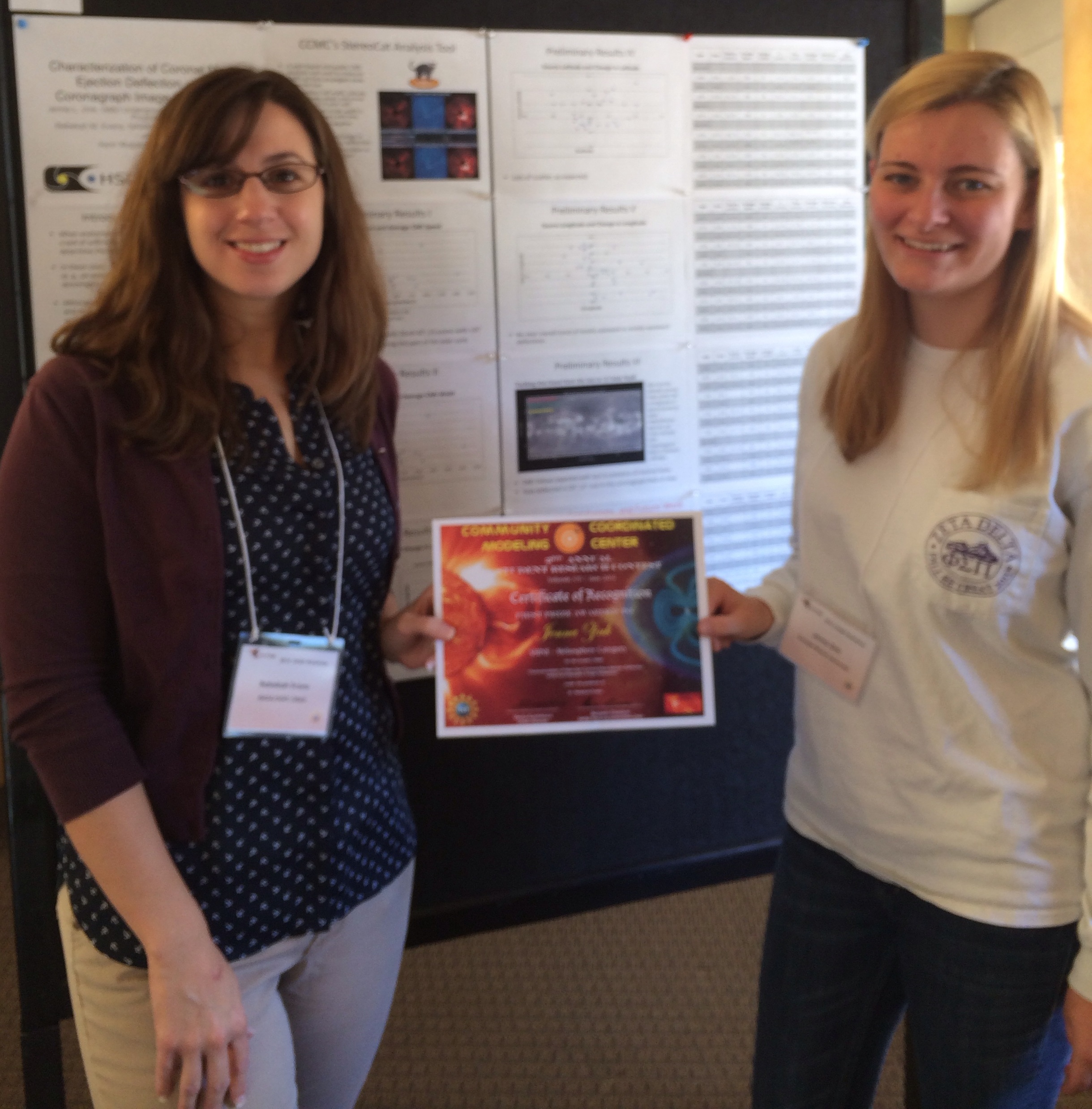 Jenna is a rising senior at George Mason University, where she is working on her Bachelor's Degree in Physics with a dual minor in Astronomy and the Russian Language. Her research in coronal mass ejections began during the spring of 2013 with Dr. Rebekah Evans as her mentor. Her research was then put on hiatus so she could study abroad for two months in Kazan', Russia through the United States State Department's Critical Language Scholarship. In the 2013-2014 academic year, Jenna was funded through George Mason's Undergraduate Research Scholars' Program to continue her scientific research. She has presented her research now at numerous events hosted by her University. Jenna is currently an intern with at the NASA Goddard Space Flight Center in Greenbelt, Maryland, working in the Scientific and Engineering Student Internship (SESI) Program. 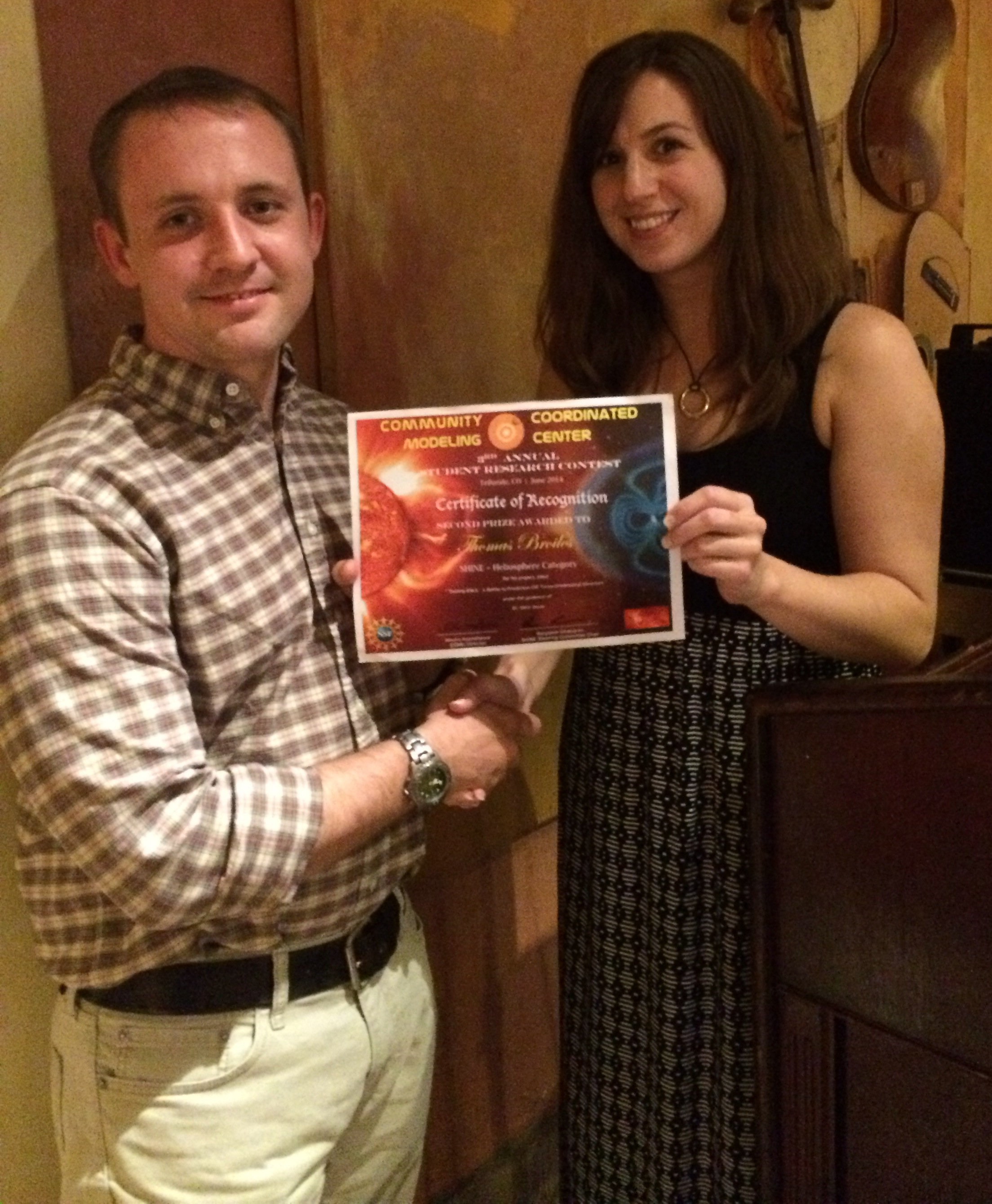 Tom received his Bachelor’s of Science in Physics from the Texas State University in May 2006. He then obtained his Master’s and Ph.D. from the University of Texas-San Antonio in 2010 and 2013, respectively. His graduate advisor was Dr. Mihir Desai. His graduate work focused on the formation and shape of corotating interaction regions by studying their magnetic structure. He has also assisted in the development of the Heavy Ion Sensor for Solar Orbiter. Currently, he works as a postdoctoral researcher at the Southwest Research Institute in San Antonio, studying the data returned from the Ion Electron Sensor onboard the Rosetta spacecraft. Tom would like to thank the entire CCMC team for their support in this project and his original collaborators: Mihir Desai, Christina Lee, and Peter Macneice. A more detailed version of this report has been published in the Journal of Geophysical Research. 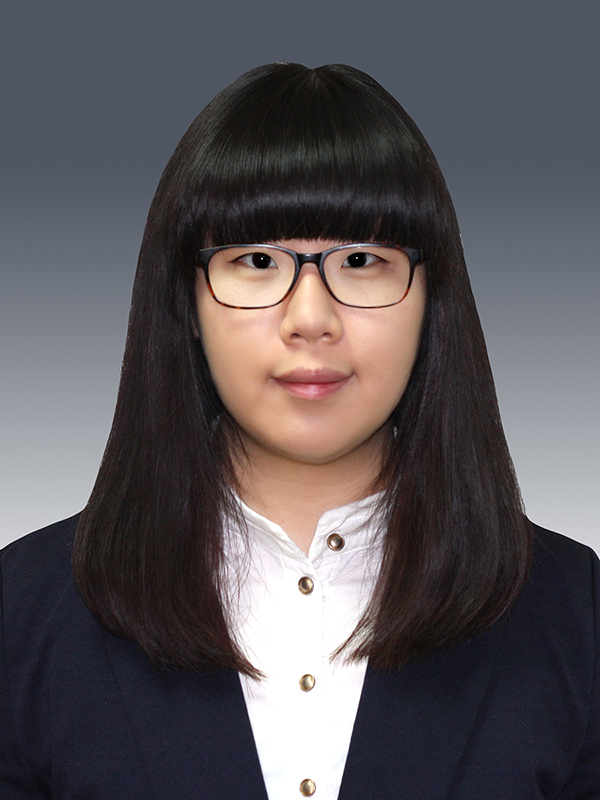 Thanks to all of our students and their mentors! Stay tuned for the 2015 Contest Announcement!

Link to the 2014 Contest Announcement: http://ccmc.gsfc.nasa.gov/support/contest-2014