We are pleased to announce the results of the second CCMC Student Research Contest: 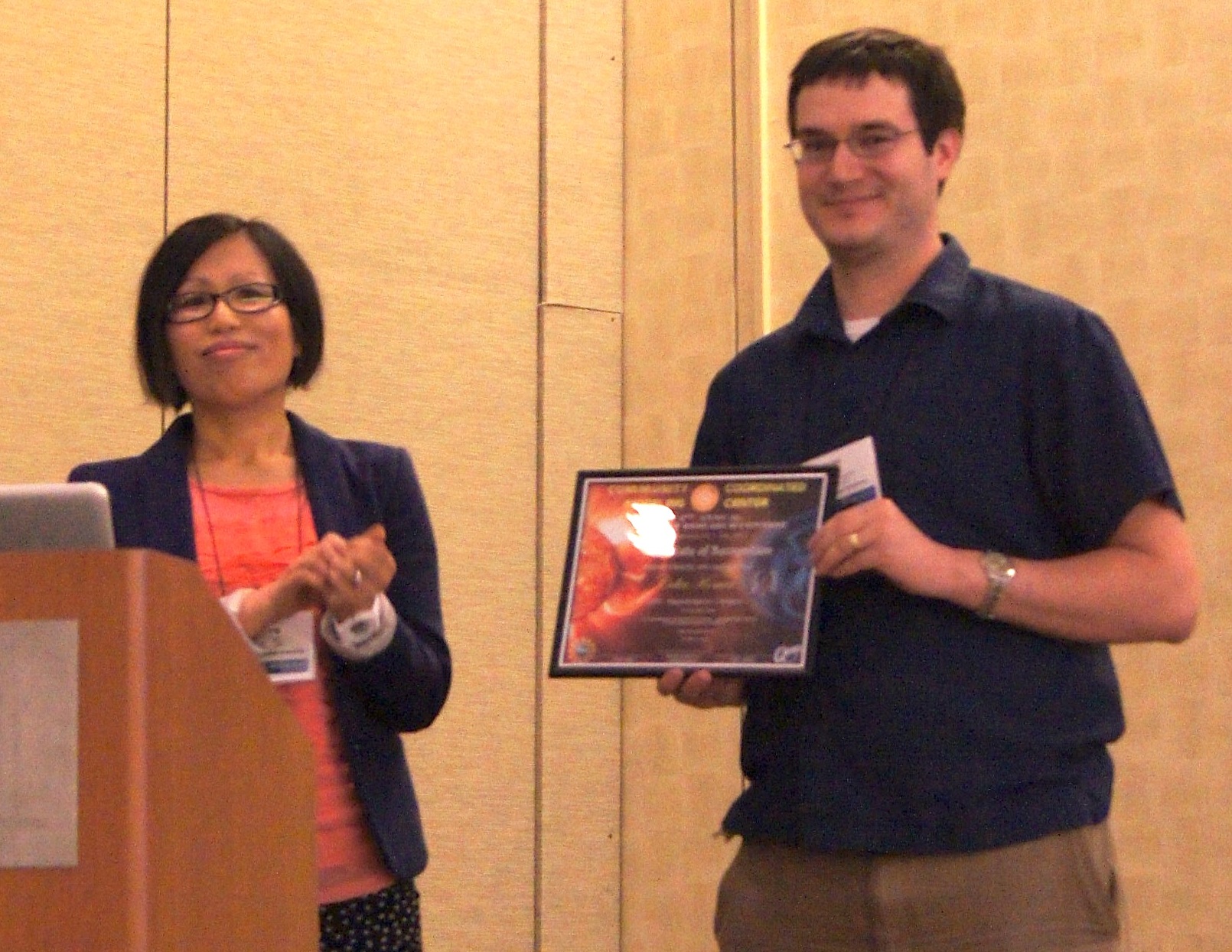 Colin received his Bachelor's of Science in Physics from Illinois Wesleyan University in May 2008. He is currently a fifth year graduate student at West Virginia University, where he received his Masters of Science in December of 2010. His Ph. D. advisor is Dr. Paul Cassak. Colin is actively studying magnetic reconnection at Earth's dayside magnetopause and presented his results at the 2013 Geospace Environment Modeling (GEM) workshop in Snowmass, Colorado. Colin would like to thank Lutz Rastaetter, David Berrios, Marlo Maddox, the staff at NASA's CCMC, and his collaborators John Dorelli, Alex Glocer, and Masha Kuznetsova. A more detailed analysis of the research contained in this report has been submitted to the Journal of Geophysical Research! 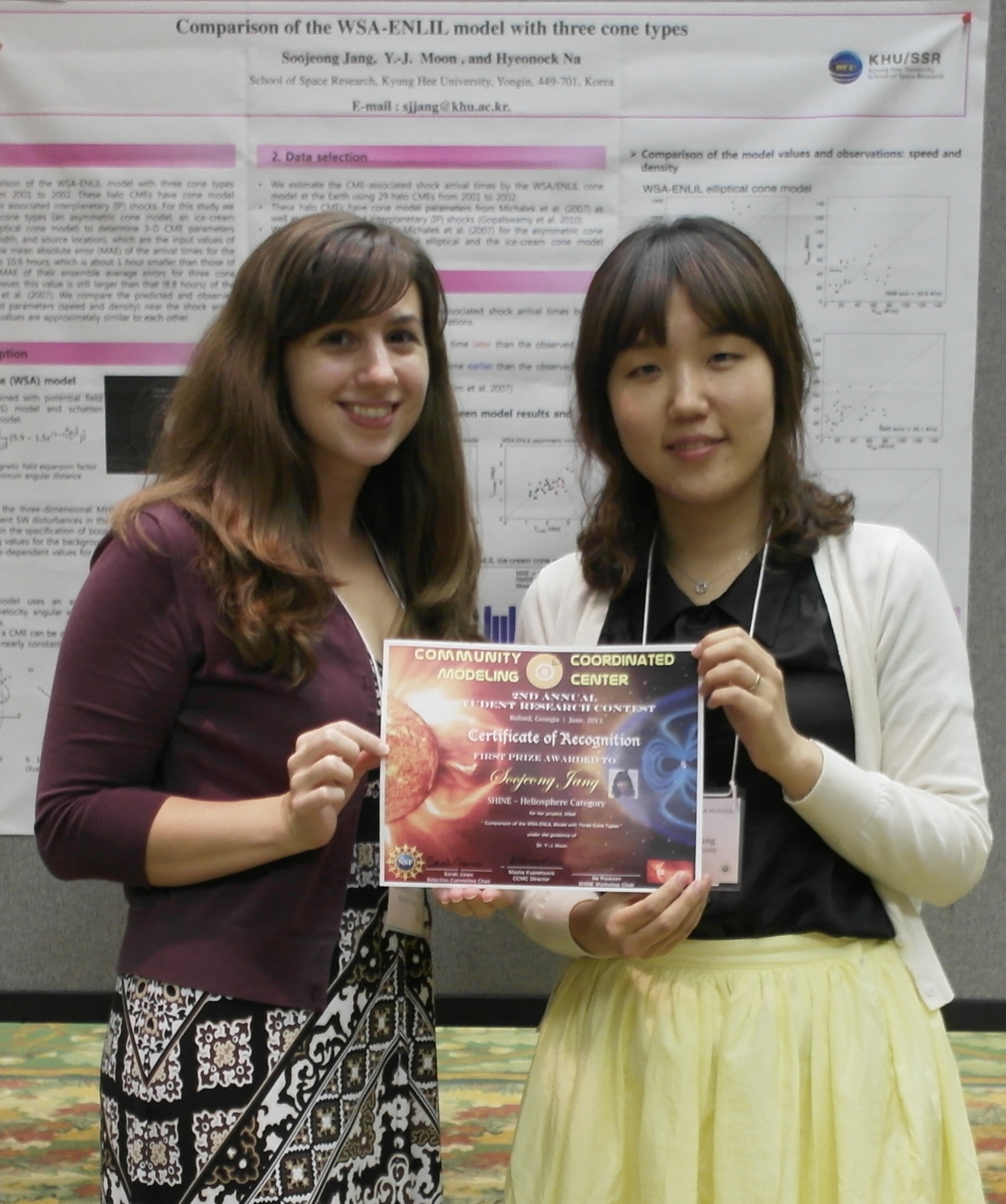 Soojeong is a student at Kyung Hee University in Korea. This research was completed as a part of her doctoral degree thesis project. Her advisor is Y. -J. Moon. Soojeong presented her research at the Solar Heliospheric, and Interplanetary Environment (SHINE) workshop in Bufford, GA in June 2013 and at the Solar Physics Division of the American Astronomical Society (SPD/AAS) meeting in Bozeman, MT in July 2013.

Thanks to all of our students and their mentors! Stay tuned for the 2014 Contest Announcement!

Link to the 2013 Contest Announcement: http://ccmc.gsfc.nasa.gov/support/contest-2013

Link to the 2012 Contest Winners: http://ccmc.gsfc.nasa.gov/support/contest-2012